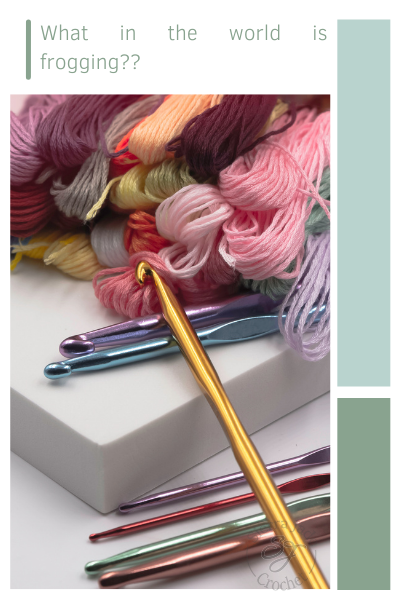 If you are new to online crochet communities you have undoubtedly stumbled across someone saying they had to frog a project. Although this is an unofficial term in crochet terminology, it is commonly accepted in various social media posts and among those who crochet.

In crochet, the term “frog” is a verb, meaning “to frog” or to “rip out your stitches“. Frogging is a slang term that is a play on words. Often when you discover an error in your crochet project you have to unravel the yarn and take out your stitches; a simple process generally completed by removing your hook from the yarn and gently tugging on the end of the yarn you were working from. In this process, you “rip it, rip it, rip it” which, when said like this, sounds like the sound a frog makes “ribbit, ribbit, ribbit”. When frogging, it is best to act slowly so you are able to re-insert your hook and resume your project after you have removed the error.

It should also be noted, frogging can also be used to reclaim yarn from a project. I have done this when I have not had enough yarn to complete a project – I remove the yarn and replace with that of a different skein.

Don’t forget to check out my social media… Happy crocheting!

What Does the Fox Say?

I am the Shadow…

What Does the Fox Say?

Tools of the Trade Tuesday Tips 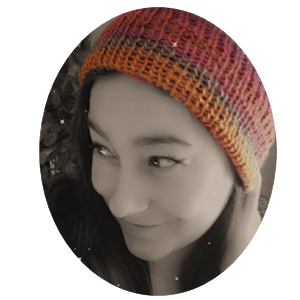 Hi. Hello.
I'm Jade. And I make cute things with yarn. Thanks for stopping by.

I am the blogger and creator behind Sierra Jade Crochet. I am passionate about my craft and am often a bit of a perfectionist with it comes to my creations.

Wanna know more?
Check out my About Me page.

On this blog you will find tips and tricks of the trade as well as pattern round-ups, and my current projects and patterns. If you want to know more about what this blog is all about, check HERE.

Latest Pattern in my Shop 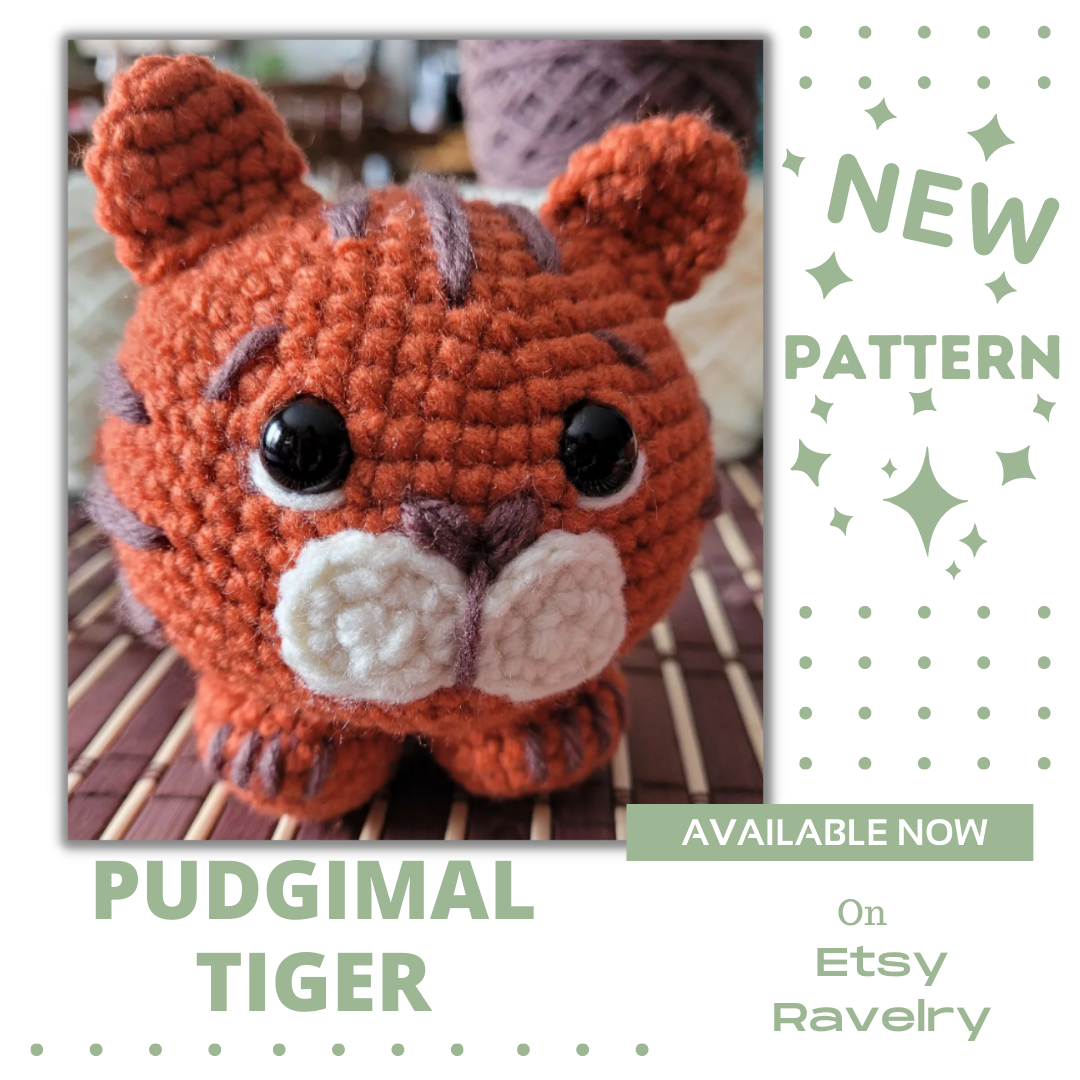